Wearing white on your wedding day has been normalized in Western culture, but this practice is actually relatively modern, dating back to around the mid-19th century. Throughout most of history, brides wore special occasion dresses that could be worn to any formal event. This meant that wedding dresses could be any color except black, which is the color for mourning. In many countries, red was also out of question because it was associated with prostitution.

Weddings were, and still are, unions of not only the bride and groom, but the two parties’ families as well. In earlier centuries, a marriage also commonly involved the union of businesses or even countries. It was important for the brides to cast their families in the most favorable light, so their attire had to best reflect their social status. Thus, brides from privileged backgrounds wore expensive jewels and dresses that were at the height of fashion and made of the most extravagant materials. 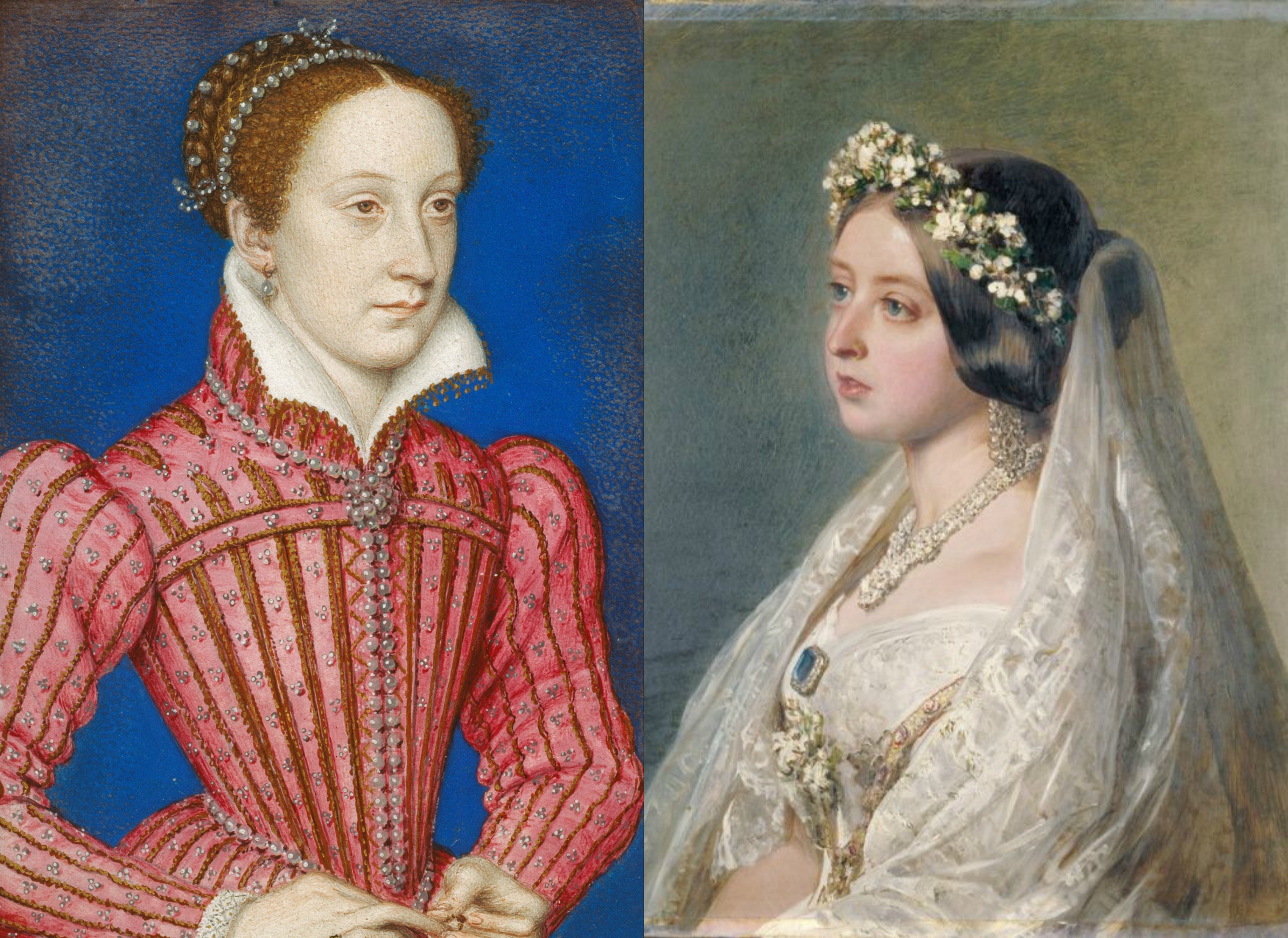 Philippa of England was the first recorded princess to have worn a white gown to her wedding ceremony in 1406. Mary Queen of Scots was the first high profile bride to have worn a white wedding dress in 1559. At the time, a white dress was a clear indication of her social standing because white fabric is difficult to bleach and maintain, unlikely be worn again. At the time, white was the color for mourning in France but the queen insisted on it because it was her favorite color.

Contrary to popular belief, Queen Victoria was not the first to wear white on her wedding. Around the time of her reign, the nobility often wore white gowns interwoven with silver and gold to give a metallic effect. Queen Victoria was the one who popularized white gowns after wearing a white lace gown to her 1850 wedding to Albert of Saxe-Coburg. Since her wedding photos were one of the first to be widely circulated among the public, many brides in Europe were influenced by this fashion choice. As the head of state, Victoria felt that she needed to make a political statement; as the Queen and not just the Queen Consort, she wanted to show her duty to her kingdom rather than her wealth. For Victoria, white symbolized patriotism above all. 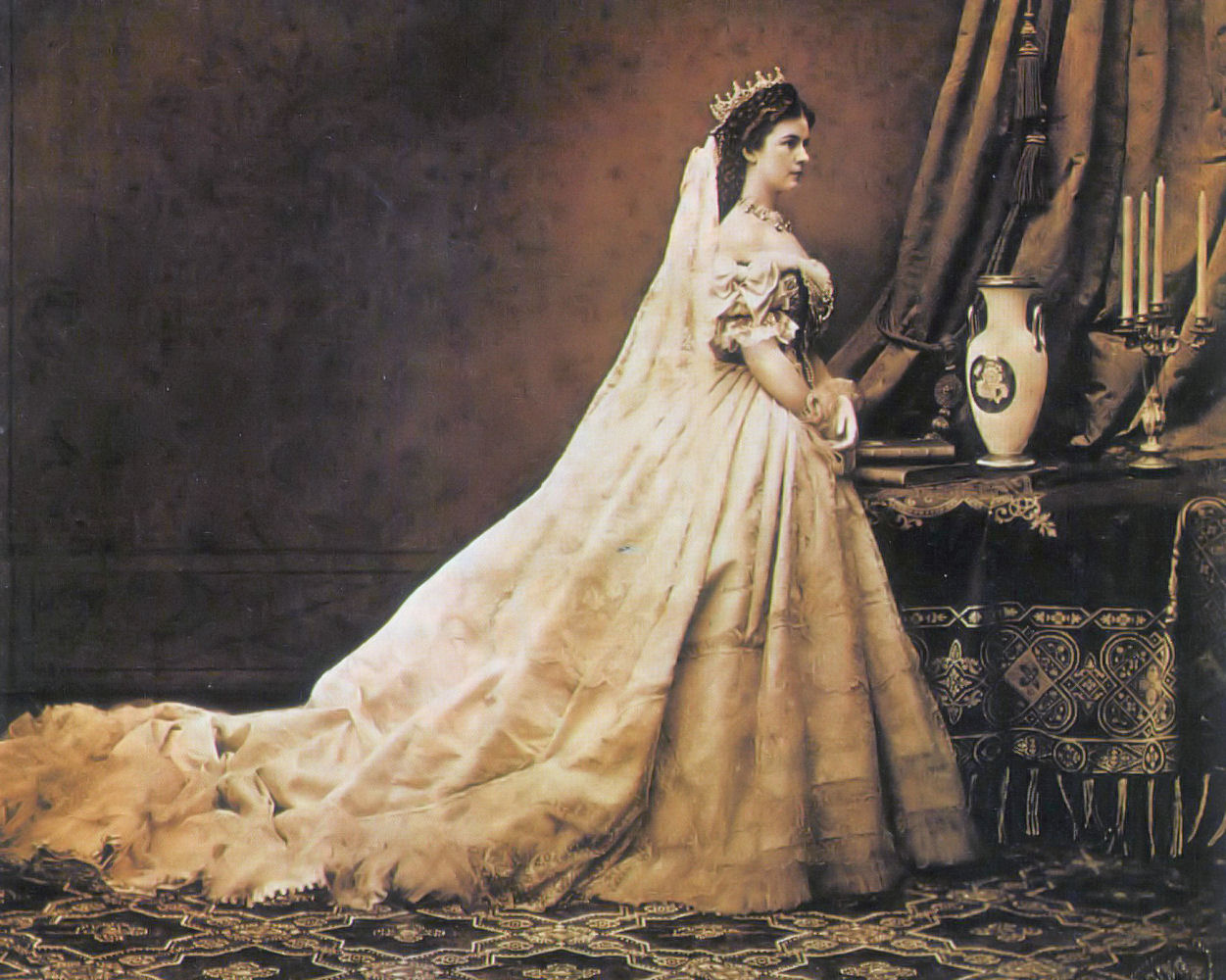 In the United States, brides were less influenced by European fashion trends. It was not until the latter half of the century, or after the American Civil War, that brides become more drawn to Britain as a cultural leader. The trend was further conventionalized after Empress Eugenie, Prince Victoria, and Princess Alexandra all wore white to their weddings. More and more brides wanted to emulate the aristocracy. Even so, white fabric was still difficult to come by during this time and brides who managed to have one made often dyed the gown after her wedding so that she could wear it again.

White wedding dresses become more popular with the mass market during the 20th century, with the advancement of the garment industry. Dyeing techniques allowed for white fabrics to be more affordable and accessible. By mid-century, the trend was fully conventionalized.

White wedding dresses have been associated with virginity, innocence, happiness, and luck throughout the past two centuries. Today, the conventionality of wearing white have essentially erased these connotations. In spite of this practice, a small number of brides have always – and continue to – opt for colored gowns. This trend has been picking up in the past few years, as more and more brides are choosing to steer away from convention.